This morning, I feel afraid. My initial instinct is to turn inward. To focus on like-minded friends and family; to spend more time in books, in nature; to huddle up and wait for the next four years to pass. But that, of course, is no solution. If there’s anything to learn from this day, it’s that we don’t know our neighbors or ourselves as well as we might think we do.

110 years ago today, Teddy Roosevelt was the first U.S. president to visit another country.

What must now be done is this: we have to find our common humanity. We have to focus on our communities and build strength and love and caring in those places. We have to identify and cultivate the values we share with those around us and continue to fight against racism, misogyny, and hate. We have to challenge one another to be accountable for our words and actions. Most necessary of all, we have to protect and hold dear those most endangered by our government and our world: people of color, people of limited ability, LGBTQ friends, women and children.This is nothing new, but the stakes feel higher today.

Though we very often don’t live up to it, the United States I believe in is a place of great prosperity and ingenuity and welcome. A place where there is enough room, both physically and emotionally, for people who are as different from one another as the landscape of Arizona is different from that of Maine. But the United States is also a place of enormous fear and hurt and shame where many innocent bodies are buried, where the realities of an impoverished populous in both rural and urban areas are glossed over, where there are more people incarcerated than any other nation in the world (a number equivalent to nearly the whole population of Houston, Texas), where our lives — the food we eat, the water we drink, the air we breathe — are infiltrated by the interests of corporations, where almost 70% of people have less than $1000 in savings, where we cannot collectively and confidently say the words “Black Lives Matter”. All of these realities must be confronted in figuring out what kind of country we want to live in. And we have to do it together.

This November 9, we elected Donald J. Trump to become the 45th President of the United States. But these facts about our country would have been true regardless of who was elected to be our president; they are issues of human rights and morality. We all deserve to live in a safer, cleaner, more just and welcoming nation, and we’re the only ones who have the power to build that space. And so, on to November 10. 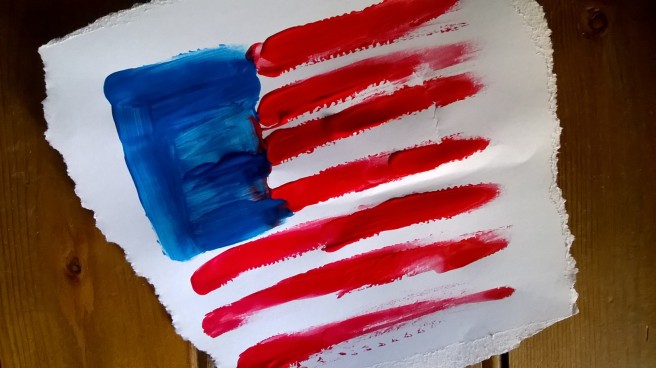