Through the entirety of winter, even a relatively warm one like we’re currently having in the Midwest, just about the only thing I want to eat is soup. Because of this, it shouldn’t be too surprising that my ideal winter weekend includes a big pot of the stuff spending its afternoon simmering on my stove. And, in keeping with my eternal goal of eating as many vegetables as possible, soup is made even more wonderful when packed full of them.

I started making this soup during college and it was a big hit with my roommates and friends who came over for dinner parties. When Tuesday sent me an image of her produce box a few weeks ago and cauliflower was in it, I could easily figure out what to do next. 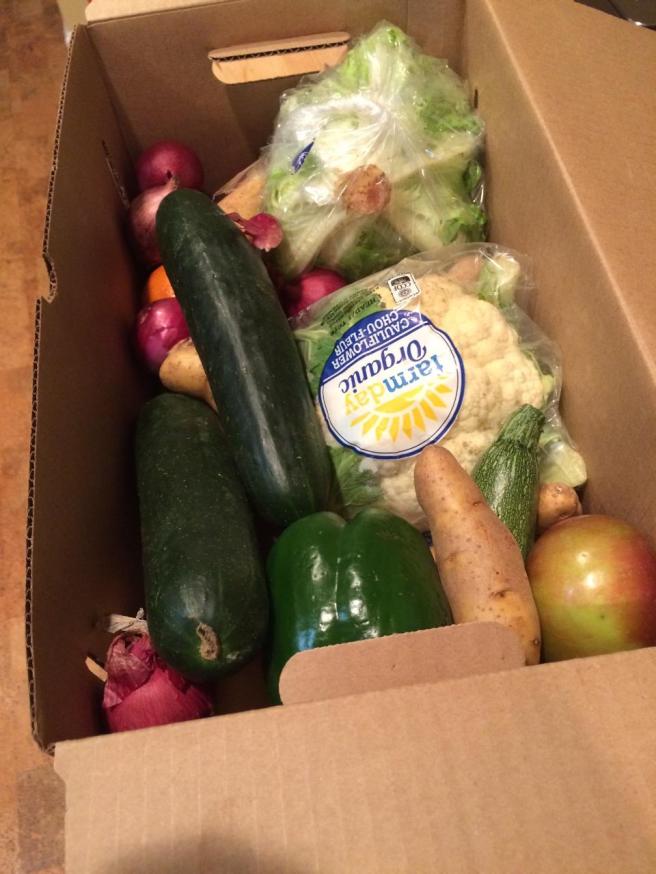 In a stock pot over medium heat, fry chopped bacon until semi-crispy. Sauté leeks and garlic in fat from bacon. (If not using bacon, sauté leeks and garlic in olive oil.) Add cauliflower, potatoes, salt, pepper, and smoked paprika. Cover with chicken broth and 1 c. water and bring to a boil. Reduce heat and simmer until vegetables are tender, approximately 20 minutes. Remove from heat.

Puree soup with an immersion blender

or allow to cool further and transfer in batches to an upright blender. I do not have an immersion blender but it would make this process and many other processes — beating large batches of eggs, blending smoothies or milkshakes, storing the thing — easier. Adjust seasonings to taste (and add additional water or broth for a more liquid-y soup, if you’d like) and serve with a hunk of toasted crusty bread. 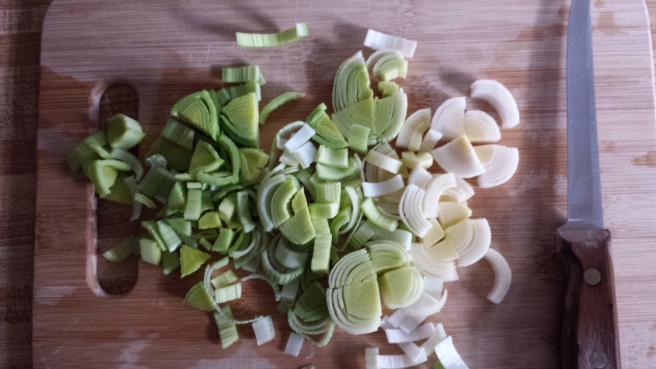 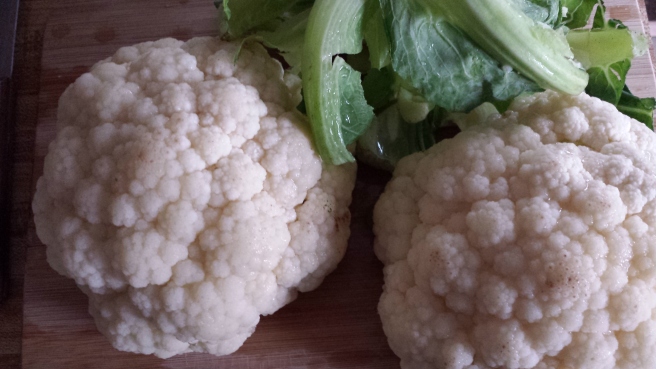 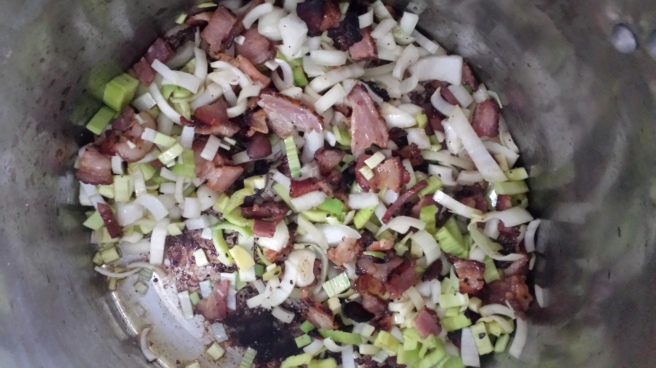 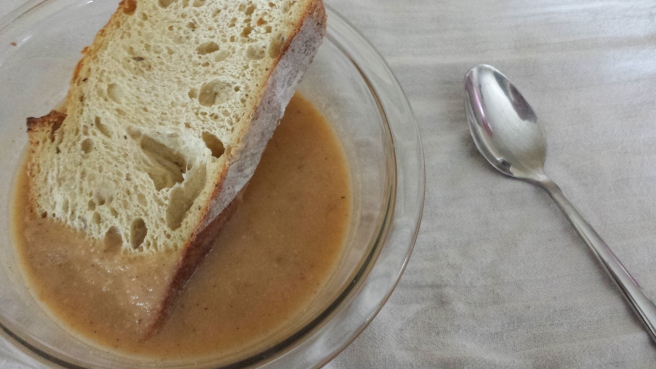 I always make a double batch of this soup — thus the two heads of cauliflower — and it does beautifully in the freezer. The recipe I adapted comes from Clean Eating. Enjoy!!