I grew up strongly believing that I was not an artistic person. Through grade school art class I came to understand, albeit falsely, that the creative kids were those who drew images of families that resembled something near to actual humans. Mine were lines connected to other lines with squiggles for hair. From this realization forward, I tried to avoid situations in which I had to physically make anything that might be judged on its pleasing or not-so-pleasing aesthetic. Some of this sidestepping almost certainly came from a fear of criticism, but it also came from entirely convincing myself that I did not enjoy making things. I’ve always liked to sing and took to cooking in late adolescence, but anything that my teenage brain classified as art? No, thank you. I wasn’t good at it and therefore I didn’t like it.

As I’ve grown older, I’ve become less firm in my self-classification as “uncreative”, though I still wouldn’t jump to the term “artistic” or any of its synonyms if asked for five words that describe me. I’ve also become vastly more willing to participate — and even to find enjoyment — in activities that I’m not immediately good at.

while I was in Hawai’i. I am a Gilbert fan (and not because of Eat, Pray, Love

in case you were wondering; read her fiction and I think you will understand my fondness) and when her most recent title came out, despite my initial uncertainty on the topic and fear that it might be a bit too woo-woo for me, I picked it up at the airport. It’s been a number of months since I read Big Magic, but as I remember it, the mantra of the book is that each and every person alive is innately creative. It isn’t a trait that only a select few posses, but a function essential to the human spirit.

When I arrived back to the mainland in January, I started taking a pottery class. My first pieces weren’t anything to write home about, but I couldn’t believe how good it felt to have my hands around the clay. The class time was scheduled for an hour and a half each week, and I ended up purchasing an additional hour. The time felt sacred and meditative and it was so fun to be surrounded by others of all ages and skill levels who have chosen to prioritize creating. As the weeks passed, it came as a great surprise to me that I too was soon able to make things! This afternoon, as I dirtied my hands planting a succulent in a pot that I’d dirtied my hands throwing, I felt very thankful to have taken the leap into something that was — and still is — new and foreign. It is now so clear to me that each of us are makers, and what a powerful connection that is to share. 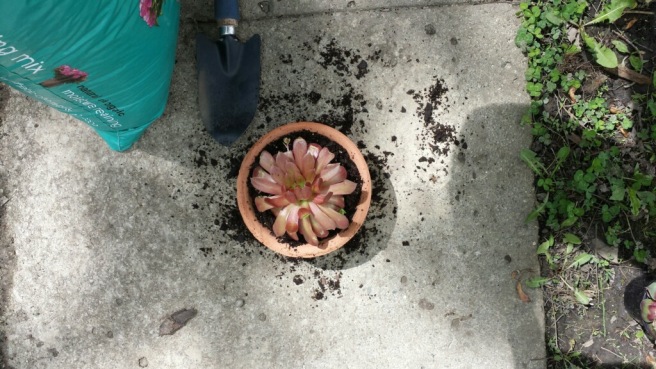 One thought on “on creativity”